This time we hear from Jared Hoole, president of Lakeside Financial Planning in Burlington, Mass. He recalls how bypassing the estate planning meeting led to the unfortunate loss of a client.

I’ve learned from experience that husbands and wives often have different visions, so it’s important for both parties to be present for planning meetings. A couple of years ago I signed on a married couple as new clients and I encouraged the presence of the couple at every meeting. They agreed, but after a few months the husband informed me his wife would not be attending any longer because the finances were more his thing. It is very common for one person in the marriage to gravitate toward the finances and although I knew better we carried on with just one primary contact.

I use a holistic model in my practice, evaluating all aspects of a client’s financial life: cash flow, debt management, estate planning, retirement planning and income tax preparation. The estate planning meeting was next on deck, so I asked when he would like to schedule it. He gave me some pushback and thought that since he and his wife didn’t have any children, it wasn’t necessary. We agreed to temporarily skip the estate planning meeting and come back to it later.

After the next meeting, I brought up the estate planning meeting again, informing him that estate planning is not just about distribution. That’s a misconception a lot of people have. There are several reasons to have an estate plan while you’re still living. If you fall ill and can’t make medical decisions for yourself, one of the documents within an estate plan would allow someone to make those medical decisions for you. If you're out of the country and need a wire or money transfer, an estate plan would allow you to name a financial power of attorney. I mentioned this to the client, but he continued to push the meeting off. I ultimately let him do that because at the end of the day, it’s his money and I didn’t want to force the meeting.

Fast-forward six months, and the client's wife fell ill and passed away. I knew they had a rental property that was bringing in substantial income but since we didn’t do the estate plan review we didn’t get into the full ownership of it. It turned out his wife and her mother had joint ownership, so the mother got 100% of the house. She was in assisted living and there were questions as to whether she was competent enough to make any changes to her estate. My client tried to talk to his wife’s sister to see if she would honor the unwritten agreement and give him half ownership of the property but there was no legal ground to stand on.

The property wasn’t top priority because no one expects to predecease their parents but the details of the situation would have come up naturally in the estate planning had we done it. In addition, if my client’s wife had been more involved in the advising process, we would have most likely come to the conclusion that an estate planning meeting was necessary, even just to look at their options.

Ultimately, losing the rental income left my client in a bind financially, and he was unable to justify the fee of an advisor, so I lost him as a client. 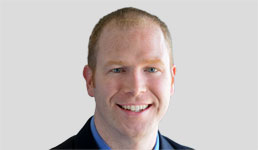 Now, I consider estate planning meetings an integral part of my holistic approach. I make it mandatory that we schedule time to discuss the potential benefits of a plan and where it would fit into a particular client’s situation. I also require that both members of a couple be present. It’s not a high-pressure meeting like it would be in an attorney’s office where the legal documents are drafted, but it does require the participation of both parties in order to talk openly about all angles and change the clients’ preconceived notions about the function of an estate plan.

Making it clear right off the bat that the meeting is mandatory means that my future clients won’t be left in an unfortunate situation like this man was.