SEC Plans to Limit Who Can Call Themselves a Financial Advisor

The SEC plans to include a requirement that only brokers who act in the clients’ best interest be allowed to use titles such as “financial advisor,” SEC chairman Jay Clayton said Friday at a conference sponsored by the Practising Law Institute, according to the Wall Street Journal. And the SEC’s proposal, expected by the second quarter of 2018, will deal with more than just brokers’ titles: commissioner Michael Piwowar, speaking at the same conference, confirmed that the regulator is working on “a comprehensive proposal,” the Journal writes.

Meantime, the Financial Services Institute and others are urging Maryland lawmakers to kill a state version of a fiduciary standard currently being discussed in the state’s legislature, FA magazine writes.

Earlier this month a fiduciary provision that would have required brokers, financial advisors and insurance agents to act in their clients’ best interest was removed from a bill in the Maryland House of Delegates, according to the publication. FSI is now taking aim at the sister provision in the Maryland Senate, FA magazine writes. Last week, members of the Maryland Senate Finance Committee discussed the bill, Financial Consumer Protection Act of 2018, which contains the provision, according to the publication.

FSI tells FA magazine in a statement that it’s always supported a federal uniform standard of conduct for all financial advisors, arguing that legislation by individual states would create duplicate regulations and compliance headaches for firms while sowing confusion among investors — without giving them any extra protection. The Maryland bill would also preclude some investors from being able to afford financial advice, FSI says, according to the publication.

A Maryland Senate employee tells FA magazine the state bill only contradicts or duplicates federal regulations when it comes to disclosure and recordkeeping requirements, and those issues have been remedied through amendments. The staffer also tells the publication that if the Maryland Senate bill fails, it would be reintroduced.

Maryland’s Attorney General Brian Frosh, meanwhile, supports the bill as a way to protect consumers in light of the Consumer Financial Protection Bureau “stepping back from enforcement,” he says, according to FA magazine. Frosh’s office recently ordered the disgraced firm behind the “Money Guys” commercials to cease investment advice activity in the state.

The fiduciary provision is also supported by the Consumer Federation of America, the publication writes. The Maryland Senate Finance Committee is expected to vote on the bill in the first week of March, according to FA magazine. 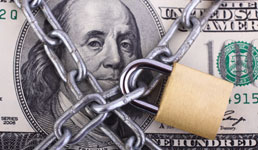 While Maryland is considering taking up enforcement of the DOL’s fiduciary rule, Massachusetts has already done so, going after Scottrade earlier this month over alleged violations of the rule’s impartial conduct requirements. And several other states are at least paying attention to that case, according to Bloomberg, although none would confirm any official investigation of the firm to the news service. A spokeswoman for Colorado’s Division of Securities tells Bloomberg that state securities commissioner Gerald Rome agrees with Massachusetts’ assessment of the DOL rule’s applicability to Scottrade. Spokespeople for the California Department of Business Oversight and for Florida’s Division of Securities tell the news service that their states are also looking into the Scottrade case.