Big Firms Could Lose 12% Topline in a Big Market Slide

Deutsche Bank and consultancy Oliver Wyman have bad news for global wealth management concerns like Bank of America, Morgan Stanley, UBS and HSBC: all the work they’ve done in the last 10 years to soften the blow of a severe market downturn hasn’t amounted to much.

“Efforts to diversify revenue streams over the past decade will not provide a sufficient hedge against revenue declines from a market downturn,” according to “Dare to be Different,” a report by Oliver Wyman’s wealth management business and Deutsche Bank’s research unit.

As a result of the 2008 crash, global wealth firms took a 15% hit to their top lines, Kai Upadek, Oliver Wyman’s top wealth management consultant, tells FA-IQ. Were such a decline to occur now, the world’s biggest wealth managers — tied in every case to banks with multinational reach as well as investment- and, in most cases, retail-banking divisions — would see a 12% decline in revenue, according to research by Oliver Wyman experts and Deutsche Bank analysts.

A topline shave like that is even worse than it sounds, says Kinner Lakhani, Deutsche Bank’s top financial company analyst. “A bear market with a negative impact on revenue in the mid-teens can take a third of your earnings.”

Boiled down, this research raises questions about the extent to which “revenue diversification is really a hedge” for wealth management divisions, says Upadek, co-author of the report.

Big banks have worked hard in the past 10 years to broaden revenue streams for their wealth units, says Upadek. In consequence, they’re less reliant on trading and more likely to facilitate lending. More crucially, they’ve boosted sales from fee-based business — or, as London-based Upadek calls it, “mandate penetration.”

“A bear market with a negative impact on revenue in the mid-teens can take a third of your earnings.”
Kinner Lakhani
Deutsche Bank

But all that effort has given these firms only an extra 3% on their toplines against a hypothetical 2008-style market downturn, according to Oliver Wyman and Deutsche Bank.

To squeeze out more protection for their wealth management units, big banks should figure out where and how those businesses outperform competitors and then double down, says Upadek. As he puts it in “Dare to be Different,” global wealth firms have so far “followed the ‘broad waterfront’ strategy of offering everything, everywhere to everyone. This strategy can only be successful for a select group of wealth managers who have the necessary scale to orchestrate a complex geographic, client and product footprint.”

In this view, a European bank that has been trying to make hay in Asia for a decade without much to show for it might be wise to redeploy resources closer to home. Or, another player that stands out for catering to the ultra-wealthy might want to rethink its new commitment to wooing the proverbial millionaire next door.

Another place to add padding might be in firms’ information infrastructures, according to Deutsche Bank and Oliver Wyman. Although “data analytics has not yet lived up to its potential as a tool for finding prospects and matching products and services to the needs of clients,” firms should work to “build a foundation for advanced analytics either in-house or embrace third-party solutions to close the capability gap,” their report says.

The report’s authors call on banks to initiate “the transformation of their workforce” to encourage the development of sales-driven “hunters” rather than nurturing “farmers” — primarily through expanded “learning and training efforts” from in-house and third-party providers. Central to this work, the authors stress, is sharpening “the talent value proposition to accommodate the preferences of new and transforming talent pools.” In plainer words, banks have to get better at attracting wealth managers who don’t necessarily fit their ideas of what wealth managers should act, look and think like.

Another thing wealth managers can do to keep assets from departing in a market meltdown is switch, selectively, to tactical satellite strategies to protect portfolios, says Upadek. These tweaks, adds Deutsche Bank’s Lakhani, are best undertaken in the context on an ongoing discussion with the client — and best grafted into investment policy statements before a downturn gets momentum so the conversation is calm and the action deliberate.

What Deutsche Bank and Oliver Wyman have to say about mitigating the effects of a downturn comes with two caveats. First, taking everything they say to heart and acting on every scrap of it will only yield another 3% in topline protection, according to Upadek. Second, it’s only for megabank-owned wealth units.

“We don’t talk to independent financial advisors,” says Lakhani. “They’re not Wyman’s clients, and we don’t cover them.” 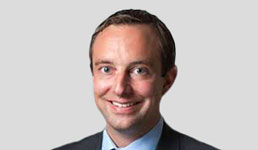 Fortunately, Michael Carvin, CEO of SmartAsset, a personal finance portal that doubles as an client-referral service to FAs, has a suggestion for smaller firms and their advisors.

On the premise the best defense is a strenuous offense, Carvin says independents should get more aggressive about adding new clients — and increase those efforts when market moves drive dissatisfied customers from entrenched providers.

Of course, adds Carvin, there’s a flip side to such turmoil. “You’re not just dealing in unhappy clients who want to move from other places, and you’re certainly not just dealing with investment portfolios,” he says. “Everything gets harder in a downturn: the extra time you have to spend with nervous clients, the handholding, the hovering; it all gets harder.”