Nationwide’s new report on attitudes toward health care costs in retirement among the wealthy provides some sobering takeaways, but few financial advisors needed the insurer’s help to grasp that their clients fear medical and health insurance expenses will deplete their savings — money they’re counting on to live comfortably and securely.

Even Nationwide's finding that 64% of more than 1,000 affluent Americans aged 50 and over are "terrified" health care costs may wreck their retirement plans doesn’t strike Cyndi Hutchins as overblown. “They are right to be terrified,” says Merrill Lynch’s director of financial gerontology. “The fact they use the word ‘terrified’ shows that to some extent the message we’re sending as an industry is getting through — but at the same time it tells us we need to do a better job working with clients so they’re not so terrified they can’t take action and make good decisions.”

Besides raising the specter of terror, Nationwide’s report points to a number of significant knowledge gaps among older people whose households boast annual incomes of at least $150,000. Though 67% of older adults plan to use or currently use Medicare and 63% plan to use or currently use Social Security to pay for their health care costs in retirement, 53% don’t know Medicare Part B isn’t free — even if one has worked and paid Social Security taxes for at least 10 years. Further, 23% don’t know Medicare enrollment is restricted to certain calendar periods, 29% don’t know it doesn’t cost the same for everyone, and 62% have no idea that that changes already wired in will have an impact on one’s ability to use supplemental or “gap” health insurance plans.

In addition, 42% of older adults with children say they’d give their kids their money to be eligible for Medicaid-funded long-term care — a strategy that may not work and could result in having less control over long-term care choices.

The prevalence of Medicare inspires James Shagawat of Windfall Wealth Advisors to put it front-and-center in his clients’ retirement plans. “Couples retiring in the next five years can expect to spend between $250,000 and $500,000 on healthcare,” he says, citing a study by Fidelity Investments. “The Medicare strategies you go with can make a big difference in these costs.”

Paramus, N.J.-based Shagawat recommends the website www.medicare.gov for finding suitable cost-controlling supplements, annually reevaluating one’s Medicare Part D prescription drug coverage, and paying strict “attention to the timing of health insurance when you have life-changing events such as a divorce, losing a job and turning 65.”

For advisor James Schwarz, the best way to set clients’ minds at ease about health care costs is to “run the numbers and recommend ways to save on costs.” And the best place to kick that process off is with a written and agreed-on financial plan, adds the head of Clear Retirement Advice in San Mateo, Calif.

“I’ll use a higher inflation rate assumption for this area of the plan, and then see how bad things really look,” says Schwarz. “Sometimes it isn’t as bad as the client thinks; sometimes it confirms their fears and we talk about prioritizing goals.” Either way, he adds, “Clients feel more confident when they have knowledge and a plan they can follow.”

“Clients feel more confident when they have knowledge and a plan.”
James Schwarz
Clear Retirement Advice

At RBC Wealth Management, advisors have access to a goals-based planning tool called RBC WealthPlan to help clients understand their finances and put a plan in place to help them achieve their most important goals.

With health care an increasingly big-ticket retirement expense item, “every client should have a health care goal as part of their retirement plan,” says Angie O’Leary, head of wealth planning at RBC Wealth Management. “Providing our advisors with advanced tools that calculate the cost of health care, including helping them think through long term care funding, is really a differentiator for our clients,” she adds.

All the advisors and home-office specialists who spoke with FA-IQ stress another advantage of using a financial plan — whether new or an updated version — to counter fears of health care expenses. It allows for “a simple, non-threatening conversation” about matters such as long-term care “that are very emotional, getting into areas beyond finances such as independence” and mortality, says Hutchins. 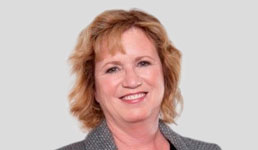 But the Merrill executive cautions against having the whole conversation at once. “Break it up into snackable pieces,” Hutchins advises.

Another obstacle to soothing client fears of peace-of-mind-devouring health care costs in retirement are taboos around money, death and declining mental and physical capacity.

“All too often, advisors and clients alike are scared to discuss this topic and rightfully so,” says Marguerita Cheng of Blue Ocean Global Wealth in Potomac, Md. “We discuss it in a non-judgmental manner so that people can think about these issues” and weave them into “retirement income plans” focused “on the timing of the cash flows and risk.”

Adds Cheng: “We listen and not only develop retirement plans, but retirement-income plans that include the health care and long-term care conversation.”