This time we hear from Erik Strid, founding partner at Concentus Wealth Advisors in Philadelphia, Pa. He recalls how he learned the importance of receiving and reviewing estate planning documents when a client changes beneficiaries.

I had an elderly couple as clients for many years; they began as my father’s clients and in their later years I became their primary advisor.

The man was somewhat of a mentor to me and we had developed a very close relationship over time. He had five children and a few of them ended up becoming my clients, too.

This client was overall healthy for his age but his wife had progressive dementia and her condition was deteriorating quickly. Determined to care for her himself, my client moved from Pennsylvania to Florida, where they had decided to live out the rest of their years together.

He called me one day after moving to Florida and informed me that he had met with a local estate attorney to have some of his estate documents changed. They had discussed opening a trust so that if he predeceased his wife, the IRA would roll over into a trust with their children listed as trustees, since his wife was considered incompetent. If she predeceased him — which we all expected to happen — the IRA would roll over to him, then to the kids. The logic was sound, and as he told me about these changes, I made notes in his file and we moved on. I did not, however, ask him or his estate attorney for copies of these new documents.

A few months later he was found dead in his home in Florida. After the shock subsided, I began looking over his estate plan and realized immediately that the trust he had named as the beneficiary of his large IRA had never actually been signed or executed. The trust instrument did not exist, although it was on record as his main beneficiary.

At this time I worked for a large firm with strict compliance rules, and the firm would only honor the beneficiary form he signed naming the trust. On top of that, the law stated that in the absence of a beneficiary, the IRA would have to be distributed.

For months it seemed like the kids were going to be required to take taxable distributions, which they were not happy about at all. I looked for other options and tried to build a case to present to my compliance and operations team. Finally, with the help of the legal department, we found a loophole that allowed us to revert to the most recent document in which a beneficiary — his wife — did exist. We did a spousal rollover to her name, preserving the IRA and deferring taxable distributions. Of course, her plan named her kids as her beneficiaries, so that was set up correctly for when she passed.

The situation ended well but it was nothing short of a nightmare at the time. If only I had asked for the estate documents from my client or his attorney, I would have realized right away that they weren’t signed and that the trust did not exist. It would have been an easy fix. 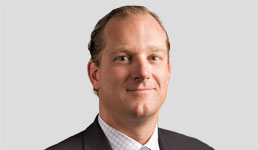 Now, I never take a client’s estate planning for granted. Part of our process with new clients is that we insist on getting copies of their latest planning documents and reviewing them with our own eyes, making sure they are accurate and, most importantly, signed. We also don’t make any beneficiary changes unless we are certain of the intent and know that it is being done properly, which requires close communication with all parties involved.