UBS and Broadridge Set to Reveal Key Details on Agreement

Next month, UBS and Broadridge Financial Solutions are scheduled to dole out more details about the 10-year cost-sharing pact they signed, in which they agreed to invest jointly in plans to revamp the wirehouse’s technology, according to executives at both companies. They also expect to announce “go live dates” for the new technology, they said.

“We are in the process of finalizing details now. We expect by early January to announce how long this project will take. But this will be a long relationship,” Kate Newcomb, operating head, UBS Wealth Management Americas, told FA-IQ in a recent interview.

UBS and Broadridge unveiled their partnership in late October, when Tom Naratil, president of UBS Wealth Management Americas, told reporters that the pact offered an opportunity to “redesign core systems.”

Newcomb, who spoke this month to FA-IQ in a joint interview with Donna Bristow, managing director and head of Broadridge’s North American Wealth unit, identified “scalability” as “one of the driving factors” spurring the new relationship between the two companies. Its ambitions: “a front to back transformation” of UBS’s tech, Newcomb says.

UBS, which has about 7,000 financial advisors – among the smallest headcounts of the major wirehouses – may buy much more technology development because of its cost-sharing arrangement with Broadridge than it could making the investments on a solo basis.

The firm will be spared “hundreds of millions of dollars in regulatory compliance costs” and benefit from “a huge opportunity to build in efficiencies in the future,” a UBS spokesman wrote in a follow-up email after FA-IQ’s interview.

For Broadridge, UBS ranks as a “foundational partner,” Bristow says. “It’s very important for us to have a partner like UBS” she adds.

Broadridge already had been working on a new wealth strategy for its fintech products and services. But “having a partner like UBS is key for us,” Bristow says. Significantly, under the new agreement, the tech company will be able to take some of the products and services it develops for UBS and offer them to other wealth management companies.

UBS financial advisors are not going to have to wait long to see some of the fruits of the wirehouse’s pact with Broadridge, but others will take years, Newcomb says. In the earlier phases, UBS advisors should expect to see new workstations and desktop analytics, she says. 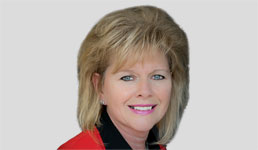 The wirehouse’s advisors “don’t really have a choice” about adopting the new technology — it will be mandatory, Newcomb says. But there will be a “huge amount of training,” she says. UBS will conduct most of the training with its own employees, using help from Broadridge and other consultants more sparingly, she says.

Already UBS employees, not just Broadridge employees, are among those who are helping develop designs for some of the new tech. “Over the course of the project we will get input from hundreds of our advisors across the country,” the spokesman wrote. Specifically, the firm’s financial assistants, who work most frequently with the technology, “are helping us build it,” Newcomb says. In particular, those assistants are focusing on multicurrency capabilities the new technology will introduce, she says. 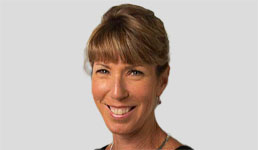 In the past, regulatory and compliance obligations have triggered about one-third of UBS’s tech-development spending, Newcomb says.

With its pact with Broadridge, UBS is now sharing those costs with the fintech company, while also sharing some of the resulting technology development breakthroughs with its competition.