With the new Congress in place, the Investment Adviser Association is boosting its commitment to convince lawmakers to treat advisors more favorably when it comes to taxes, according to news reports.

The IAA, along with Charles Schwab, wants legislators to reinstate deductions for advisory fees as well as other investment-related expenses above 2% of adjusted gross income, InvestmentNews writes.

In addition, they’re trying to convince lawmakers to extend the current tax breaks on pass-through revenue, which apply to professions such as architects and insurance brokers, to financial advisors, according to the publication. The IAA is increasing its campaign donations as well as reaching out directly to the House Ways and Means and Senate Finance committees, InvestmentNews writes.

But with Democrats taking over the House and keeping large enough numbers in the Senate, the new Congress is likely to be characterized by “tension and gridlock,” InvestmentNews writes. For advisor advocates, this may mean a longer battle. Earlier this week, Sen. Chuck Grassley, R-Iowa, who chairs the Senate Finance Committee, told reporters that the only changes to the 2017 tax cuts the new Congress is likely to consider are “technical corrections,” according to the publication.

"It’s far from clear that this Congress will enact any meaningful tax legislation," Neil Simon, vice president for government relations at IAA, tells InvestmentNews. "We are going to be laying the groundwork for making these changes to the tax code, but it may be a future Congress that gets around to doing it." 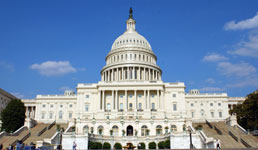 Clients of financial advisors may have better luck with state and local tax deductions, which were eliminated as federal tax breaks in the 2017 tax law, according to the publication. Rep. Nita Lowey, D-N.Y., has introduced a bill to reinstate these breaks, InvestmentNews writes.