Close to half of today’s young workers believe they’ll fund the bulk of their retirement from individual retirement accounts or 401(k) plans while the overwhelming majority of current retirees mostly rely on pensions and Social Security, according to a recent survey.

Eighty-six percent of current retirees say most of their retirement income comes from Social Security payments or a pension and only 5% say that the bulk comes form personal savings such as IRAs or 401(k)s, according to a recent report from Wells Fargo.

By contrast, younger generations believe they will not be able to rely on Social Security or a pensions quite as much.

Even among baby boomers, 22% percent say their retirement income will or does come from 401(k)s or IRAs, although 60% still say it’s primarily from Social Security or a pension plan, according to the poll, which surveyed 2,708 workers age 18 to 75 and 1,004 retirees.

Forty-five percent of millennials and 44% of Generation Z members plan to rely primarily on 401(k)s or IRAs, Wells Fargo found.

At the same, only 61% of baby boomers say they’re saving enough for retirement — and that figure drops to 55% for millennials, 51% for Gen Xers and 48% for Generation Z, according to the survey. 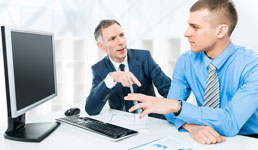 “For those still in the workforce, saving for a viable retirement lies almost entirely in their own hands, which requires a vastly different strategy and approach,” Fredrik Axsater, head of strategic business segments for Wells Fargo Asset Management, says in a statement. “As an industry, we need to ensure that more workers take the necessary actions today to adequately fund their retirement tomorrow.”