With demand for financial wellness programs increasing among retirement plan sponsor clients, advisors are trying to be as creative as possible in encouraging more participation in 401(k) plans among all age groups.

Barbara Delaney, principal at advisory firm StoneStreet Renaissance in Pearl River, N.Y., says retirement planning “needs to be part of the everyday planning,” regardless of a client's age.

“It needs be part of what people are thinking of, part of overall budgeting and cash flow management,” Delaney says. “I think it starts with we need to teach people how to think about retirement planning, and that’s where we come in and that’s how financial wellness programs can really help.”

More than one in five Americans aged 18 and above has less than $5,000 saved for retirement, and 15% have no retirement savings at all, according to the results of a survey conducted in in the first quarter of this year by financial services company Northwestern Mutual.

Don't miss out on millennials

Gerri Walsh, senior vice president for investor education at Finra, says retirement plan advisors tend to target older plan participants and are missing out on an opportunity to gain loyal millennial clients. The Pew Research Center defines millennials as those currently in the 23-to-38 age group. 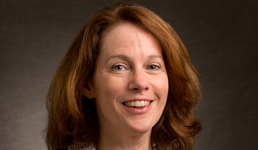 “One of the things that we found through the millennial research is that millennials have a very positive view of the financial services industry,” Walsh says. “They want to learn.

The financial services industry can benefit from educating millennials.”

Walsh says advisors should take advantage of a potential clientele that’s ripe for the picking.

“Even if a younger person, someone in their 20s or early 30s, isn’t quite the client of choice — they don’t have a seven-figure salary or lots of savings — they are the future,” Walsh says.

“If you want to grow your business, especially if you want to capture clients who stand to inherit money from their parents, it’s a wise idea to consider millennial customers,” she adds.

“When the oxygen masks drop, you’ve got to put it on yourself first and then your child. You’re no good to anybody if you die.”
Teri O’Connor
Altus Consulting Group

“I honestly think that they are totally underestimated — they’re smart, savvy and they’re savers,” Delaney says. “I find them to be very sophisticated and very engaged.”

Teri O’Connor, founder and senior corporate retirement advisor at Altus Consulting Group in The Woodlands, Texas, says millennials want things done as automatically as possible, and will thus appreciate advisors who can provide them with this ease of service.

“That’s why auto-enroll works so well with millennials,” O’Connor says. “They will invest up to the match level [of their employers’ contributions] and a great majority of them are in target date funds. Again, that’s because they want as few clicks as possible, as few decisions as possible.” 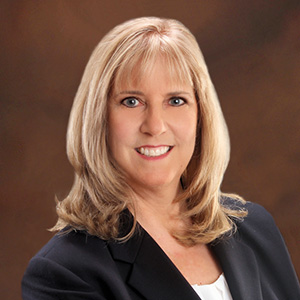 To get millennials to contribute more to 401(k) plans, O’Connor says advisors need to show them that aging is not just a concept but a reality.

O’Connor uses a face-aging app, for example, to show millennials how they might look when they turn 70. The visual helps because millennials have a hard time imagining themselves in their retirement, O’Connor says. “I tell them: ‘You’re not saving for you today; you’re saving for that person in the picture.’”

StoneStreet Renaissance’s Delaney says one of the solutions her firm is pushing for is higher retirement contributions from the outset.

“One of the things we’ve started to do in plan design for all our clients is starting automatic enrollment at 6% versus 3%,” Delaney says. “And if we get the opportunity to be in front of them [the plan participants], we encourage them to add 1% and so on.”

Delaney says “most” of her firm’s clients are accepting the recommendation for higher contributions.

Save Gen-Xers from their lack of savings

Generation-Xers — those in the 39-to-54 age group, according to the Pew Research Center — are not saving or investing as much as they should, according to advisors. 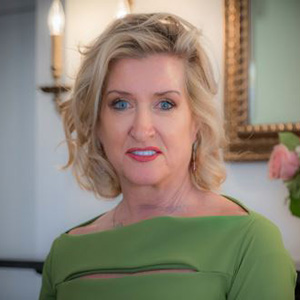 “They do get more caught up with daily real-life challenges and get more expenses, like those related to raising children or buying a home,” says StoneStreet Renaissance’s Delaney.

Finra’s Walsh says the Gen-Xers are the “sandwich generation” because they’re caught in the middle of caring for their children and parents.

“Many of them have aging parents with health issues that require their time, attention and money. But they also have children who are likely to be still financially dependent,” Walsh says. “They’re straddling that generational bridge while trying to make ends meet themselves.”

Altus’ O’Connor says many Gen-Xers refuse to put themselves first, especially when it’s a choice between their own financial security and their children’s well-being.

“I tell them all the time: ‘Your kids can borrow money for houses, cars, weddings and college, but you can’t borrow money for your retirement,’” she says. “But they’re still sacrificing their retirement for their kids. It’s hard to convince them otherwise.”

Sometimes the airplane oxygen mask analogy works, O’Connor says. “When the oxygen masks drop, you’ve got to put it on yourself first and then your child. You’re no good to anybody if you die.”

Boomers are a mixed bag

When it comes to the baby boomers — the 55-to-72 age group that is either near retirement or retired — there’s a mix of people who have very high 401(k) contribution rates and people who are “panicking because they haven’t done anything significant to prepare for retirement,” Altus’ O’Connor says.

Advisors need to help the boomers find the right balance between readiness and panic, according to O’Connor.

“Some people are comfortably getting ready for retirement or are already ready and have adjusted their lifestyles to fit what they’ve saved,” O’Connor says. “And then you’ve got the other group that’s in panic mode, and they’re trying to figure out from the advisor what they can do, and that’s a very difficult conversation to have.”

“Those people may want to get super-aggressive with their investing, because they think that, ‘Well I can suddenly make 20% off my money,’” O’Connor says. “This isn’t Vegas. You still have to be very careful and thoughtful as to how you’re investing that money because that may be the only money you have outside of getting Social Security.”