Oppenheimer & Co. is on the hook for more than $4.6 million for its handling of early rollovers of unit investment trusts.

From January 2011 through December 2015, the company allegedly executed over $6.4 billion worth of trades in UITs, of which $753.9 million were in early rollovers, Finra claims in a press release.

Because UIT shares often terminate on a maturity date of just 15 or 24 months, they’re typically meant to be held long-term, and clients who have their UIT positions rolled over into new UITs must pay increased sales charges, which raises suitability concerns, according to the industry’s self-regulator.

And as a result of alleged supervisory failures, Oppenheimer didn’t flag potentially unsuitable early rollovers recommended by its representatives, Finra says. During the period in question, Oppenheimer’s clients allegedly paid over $3.8 million in sales charges they would have avoided if they had held the UITs until maturity, according to the regulator.

Finra ordered Oppenheimer to pay that sum in restitution to clients who allegedly incurred excessive sales charges, plus an $800,000 fine for alleged failures supervising early UIT rollovers, according to the press release.

In levying the sanctions, Finra says it recognized Oppenheimer’s “extraordinary cooperation,” which included retaining an outside consultant to review its UIT trading and sharing that analysis with Finra; implementing a system to identify potentially-affected clients; and taking steps to ensure it can avoid future occurrences, in part by setting up automated alerts for when its representatives recommend early rollovers, the regulator says.

Oppenheimer neither admitted nor denied Finra’s charges in settling the matter, according to the press release.

Finra also censured Cambridge Investment Research and ordered it to pay a $150,000 fine over alleged supervisory failures in the trading and sales of UITs and mutual funds as well as the charging of excessive commissions, according to a letter of acceptance, waiver and consent published by the regulator. 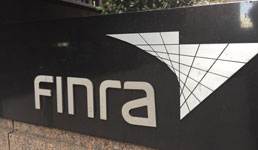 Meanwhile, between February 2014 and September 2014, the company’s alleged failures to review automated trade alerts resulted in $17,124 in excess commissions on 31 trades, as well as a $25,000 commission entered in error on a single trade, which Cambridge refunded after Finra identified the error, the regulator says.

Finally, between February 2016 and January 2017, Cambridge allegedly failed to ensure that its clients received mutual fund breakpoint discounts available to them, according to the letter of consent. Following a review prompted at Finra’s request, Cambridge reimbursed clients for $27,849 in overcharges between May 20, 2015 and May 19, 2017, the regulator says.

Cambridge consented to the censure and fine without admitting or denying Finra’s findings, according to the regulator.