Bank of America announced this week that over the past 18 months it has quietly rolled out a suite of integrated workplace solutions for employers to offer their employees.

To distribute the new offering, the bank plans to hire up to 150 salespeople, according to Stephen Ulian, the bank's head of institutional distribution who, along with other bank executives, spoke to reporters on Tuesday. On Wednesday, the bank’s spokeswoman said 25 have been hired and up to 75 more will be hired.

Before the rollout of the suite of products and services — which it's calling Financial Life Benefits — the bank relied on Merrill Lynch financial advisors for distribution.

But he added: “[What] we saw here is an opportunity to really take it to the next level. And so, what we’re doing is investing a significant amount of resources hiring.”

The bank's spokeswoman says: "Our advisors are still out in the field selling to the broader market."

When asked about the potential impact to the compensation of those FAs after the new sales team onboards a corporate client into Financial Life Benefits, the spokeswoman said the new sales team “will coordinate with the Merrill Lynch advisor to bring their capabilities to the plan.” 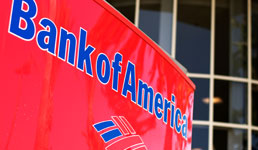 The spokeswoman adds: “The role of the advisor varies by situation and product solution.”

In the case of a small- to mid-market 401(k) plan, the advisor would be compensated to provide those services to the plan, she says.

“We believe our designated advisors play a critical role helping plan sponsors with their fiduciary needs and also providing employee engagement on site in the workplace,” she adds.

Among the 17,458 FAs on Merrill Lynch’s roster, 3,413 have the retirement specialist designation, the spokeswoman says.

The bank will offer Financial Life Benefits to all companies. But it has focused some of its initial efforts by hiring 24 new salespeople for small- to mid-market companies with retirement plans with $100 million or less in assets, Ulian said at the briefing.

The company views the potential market for the new suite of services as significant since its corporate clients already have about 90 million employees.

“We can sit down with any company of any size and let them know that we can help their employees with their immediate financial needs,” Lorna Sabbia, head of retirement and personal wealth solutions for BofA, told reporters.

The younger members of the U.S. workforce are demanding integrated financial service programs from their employers, Sabbia said. Employers are more eager to cater to those demands as the unemployment rate has shrunk and the market for talent grown more competitive, she added.

“Our youngest generations require that, so they’re walking into the door to a workplace basically saying: ‘Where are you going to provide that help?’” Sabbia said. “That sort of anchors us then into understanding all the pieces of the puzzle that we actually have here at Bank of America.”