The U.S. economy has entered a recession, but there are numerous signs that this one will not last very long, according to one market strategist.

The country's longest economic expansion has ended after more than a decade, according to Ryan Detrick, senior market strategist at LPL Financial. The National Bureau of Economic Research has yet to declare last month as the start of a recession, but according to Detrick, “it is a safe assumption they will eventually.”

The recession will likely not last long, Detrick writes in a recent report.

While economists estimate that the U.S. gross domestic product could fall by more than 30% on an annualized basis in the second quarter this year, there are several indications the economy will not slip into a depression as some investors fear, according to Detrick.

After the 1929 stock market crash, the Great Depression was perpetrated in part thanks to “major policy mistakes,” he writes: the U.S. Federal Reserve tightened monetary policy to stop the outflows of gold, the government raised taxes while cutting spending and put in “unnecessary regulations,” and there was a trade war.

In contrast, the Fed is now easing its policy, the government is implementing a major fiscal stimulus package while relaxing regulations so banks can free up capital, and there’s been an easing of trade restrictions, Detrick writes.

This recession is also “unique” — the government intentionally brought it on by shutting down non-essential businesses and putting out stay-at-home directives, according to Detrick. The alternative, while less drastic, may have prolonged the recession, he writes. 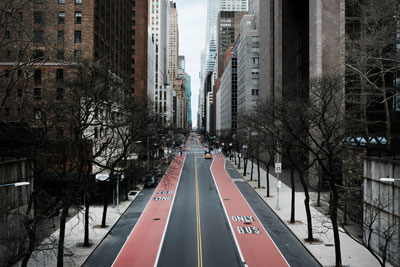 Taking into account the major fiscal and monetary policy measures taken, there’s a good chance that the economy’s growth will speed up before the end of 2020, according to Detrick.

And Strategas Research Partners says the lowest point of the bear market, since the 1970s, was typically within three weeks of the largest increase in weekly unemployment claims — which Detrick and his colleagues believe took place the week ending March 27, when a record 6.8 million people in the U.S. applied for unemployment benefits.

At the same time, the average recession since World War II has lasted 11 months, according to Detrick.

“Depending on how long it takes to contain the virus, we wouldn’t be surprised if this becomes one of the quickest recessions ever,” he writes.

Separately, LPL announced that it will hold its annual shareholders meeting this year, scheduled for May 6, as a virtual-only meeting in light of the coronavirus.