Advisors say they’ve been fielding questions from plan sponsor clients about suspending matches to 401(k) employee contributions and believe more will be coming.

Companies that have been hard hit by the coronavirus, such as Marriott International, Amtrak, La-Z-Boy, Sabre Corp., and Macy’s, have either suspended matches or said they would be doing so later this year.

In a poll of about 1,000 employers, published last month, Fidelity Investments found that 64% of respondents are maintaining their 401(k) matches, 27% were "possibly considering" a suspension or reduction, while 9% were "considering" suspending or reducing their matching programs.

Of the employers who do reach out, Moyes said, "Most of them are very adamant that they are not planning to do it but want to know what happens.” He believes there will be a lag with more companies taking action in the second quarter. 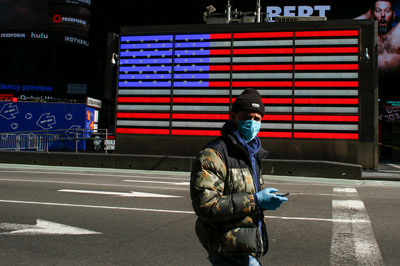 Small businesses appear to be disproportionately affected. The National Association of Plan Advisors estimated that more than 193,000 plans might be candidates for termination as a result of the pandemic. The estimates were extrapolated from a survey conducted in March in which 76% of respondents said their small business clients had already approached them with concerns about plan termination or contribution funding.

"The majority haven’t taken action yet. A small handful are suspending any employee contributions. Some smaller, younger companies are just holding off to see how this thing plays out," says Ryan Stover, principal at Marsh & McLennan’s retirement services division in San Diego.

For now, advisors say they are helping employers figure the costs of reducing a match or closing a plan and explaining the options. Much depends on the plan document and specific language around whether an employer can suspend a match. Companies with safe harbor plans, for instance, might not be able to suspend matches mid-year.

Companies are weighing the cost of furloughing employees, so they still have benefits versus layoffs and deferring or stopping matches, says Wayne Roth, retirement plan consultant at SageView Advisory Group, a Denver-based independent registered investment advisor.

Roth says one client in the restaurant industry has been considering shuttering its 401(k) plan and potentially bringing it back, but if that occurs in a short time frame, "it’s not really a cost-benefit."

There are some gray areas. For instance, it’s unclear if the Paycheck Protection Program under the Coronavirus Aid, Relief and Economic Security Act covers payments of retirement benefits. No guidance has been issued yet by either the Internal Revenue Service or the Treasury Department.

Redstone’s Moyes said he’s been warning clients about potential unintended consequences of suspending 401(k) matches and working with tax and legal counsel to make sure employers have a good strategy before pulling the lever.

"In efforts to reduce cost and increase cash flow to survive, they may incorrectly put themselves in jeopardy and run afoul of protected benefit rules," he says. In a worst-case scenario, a plan that is not shut down properly can be subject to fines or become a taxable event, he adds.

The other 401(k)-related question that advisors are fielding is about the recently-passed Cares Act, which includes a provision allowing employees to withdraw up to $100,000 from their 401(k) without penalty. Recordkeepers are approaching this differently, with some asking employers to opt-in while others are asking them to opt-out.

"It’s a headache for us to manage,” says SageView’s Roth. “Our first education is reaching out and making sure that they understood differences of how it’s implemented.”

Between surging unemployment rates, questions about 401(k) match suspensions or plan closings, and Cares Act-enabled withdrawals, advisors say they are concerned about the potential long-term impact on retirement savings. 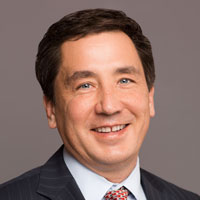 "Some funds may have been funded at 80% in January but because of the market and rate changes, may now dip to 60% funding status and have to shore up funding amidst tough market conditions and higher liabilities," says Roth.

The emerging funding gap could lead some companies to make staffing cuts they might otherwise not be planning, he says. Advisors are also concerned about employees who might use the $100,000 withdrawal unwisely and hurt themselves in the long run.

"The decades we have gone through to get people to save for retirement. Now with Cares, our industry has made it so easy to take out $100,000 by clicking a button. Nobody will stand in the way to say, ’Wait a minute, is this really the best place to get your money? You’re cashing into 20% loss and decimating your retirement. How will you ever going to catch up?’” says Ellen Lander, founder of Renaissance Benefit Advisors Group, an independent retirement plan consulting firm in Pearl River, N.Y.