U.S. Senator Elizabeth Warren (D-Mass.) is no longer among Democratic presidential contender Joe Biden’s reported top-ranked picks for running mate, and that lowers the threat of increased regulations for the finance industry, according to UBS Americas’s chief investment officer.

“If we were in an environment where Senator Warren was a viable [vice presidential] candidate, then I think my reaction would have been different,” Solita Marcelli told reporters yesterday while discussing UBS Global Wealth Management’s mid-year economic outlook.

In a straw poll conducted by FA-IQ in February, Warren, then a Democratic presidential nominee hopeful, was voted least favorable for the advisory industry. In a campaign speech in September, the then-candidate said her plans for "big structural changes" to root out corruption in government included the increased regulation of financial advisors.

If Democrats win both the House of Representatives and the Senate, as some polls predict, the Party’s unified government would focus on green energy, health care, and cooling of trade tensions and would only enact moderate new regulations for the financial industry, Marcelli predicted. The Democratic majority in the Senate would likely be “thin,” giving moderate senators “more sway” and leading to “policies closer to the center than the left wing of the Democratic party,” she added. 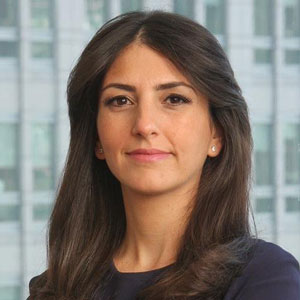 Overall, the election outcome will fail to change stock prices dramatically, Marcelli forecasted. “We don’t expect dramatic equity market moves. We view unified government — a red or a blue wave — as generally neutral for stocks,” she said. She said her view might be considered “contrarian.”

Marcelli said the Covid-19 pandemic and its economic consequences will require the White House to prioritize economic aid after January 2021. “This will unlock the potential for continued fiscal support, and it also may reduce incentives to pursue policies that might weigh on economic growth,” she said.

A sweeping Democratic victory would mean recovery spending on stimulus, health care, infrastructure, climate change and other initiatives that would more than offset the “headwinds” of increased taxes, Marcelli said. Biden’s spending proposals total nearly $7.5 trillion over 10 years, while his tax increases total only $4 trillion, she noted.

Marcelli expects Biden to increase corporate taxes. "If Biden’s corporate tax plan was implemented, as is, we estimate it would raise tax revenues of about $165 billion its first full year. This would reduce S&P earnings by about 5%,” she said.

Biden would also likely increase taxes on UBS’ wealth management clients, Marcelli  noted. “We can’t ignore the fact that Biden has suggested raising taxes on the wealthy for income and capital gains,” she said. But the macro-economic consequences of such tax hikes would be mitigated because the wealthy will not change their spending habits and the additional tax revenues would be “plowed back into the economy,” she said.

“We do think emerging market equities should do well,” she said, noting they are “well-positioned for a cyclical economic rebound” and their “fundamentals are in place.”

A possible portfolio strategy might be to add high-yield, dollar-denominated emerging market sovereign bonds, if investors seek alternatives to other fixed-income products, which are dogged by low interest rates, according to both Marcelli and Mark Haefele, chief investment officer for UBS Global Wealth Management, who also spoke on the call.

Such investments remain “one of our more preferred bond segments where you can get interesting yields without taking that much more risk, compared to the U.S. market,” Marcelli said.