The Covid-19 pandemic has made some financial advisors rethink their career planning, according to a survey conducted by Financial Advisor IQ.

More than 30% of the respondents said their plans have been affected in one way or another.

About 12% of the respondents anticipate working longer or delaying retirement plans, while 10% said they have focused on developing a succession plan.

A few, or 1%, of the respondents said they anticipate leaving the industry.

The average U.S. financial advisor was about 51 years old at the end of 2018, according to the most recent data available from Cerulli Associates. Cerulli estimates that nearly 40% of advisors will retire in the next decade. 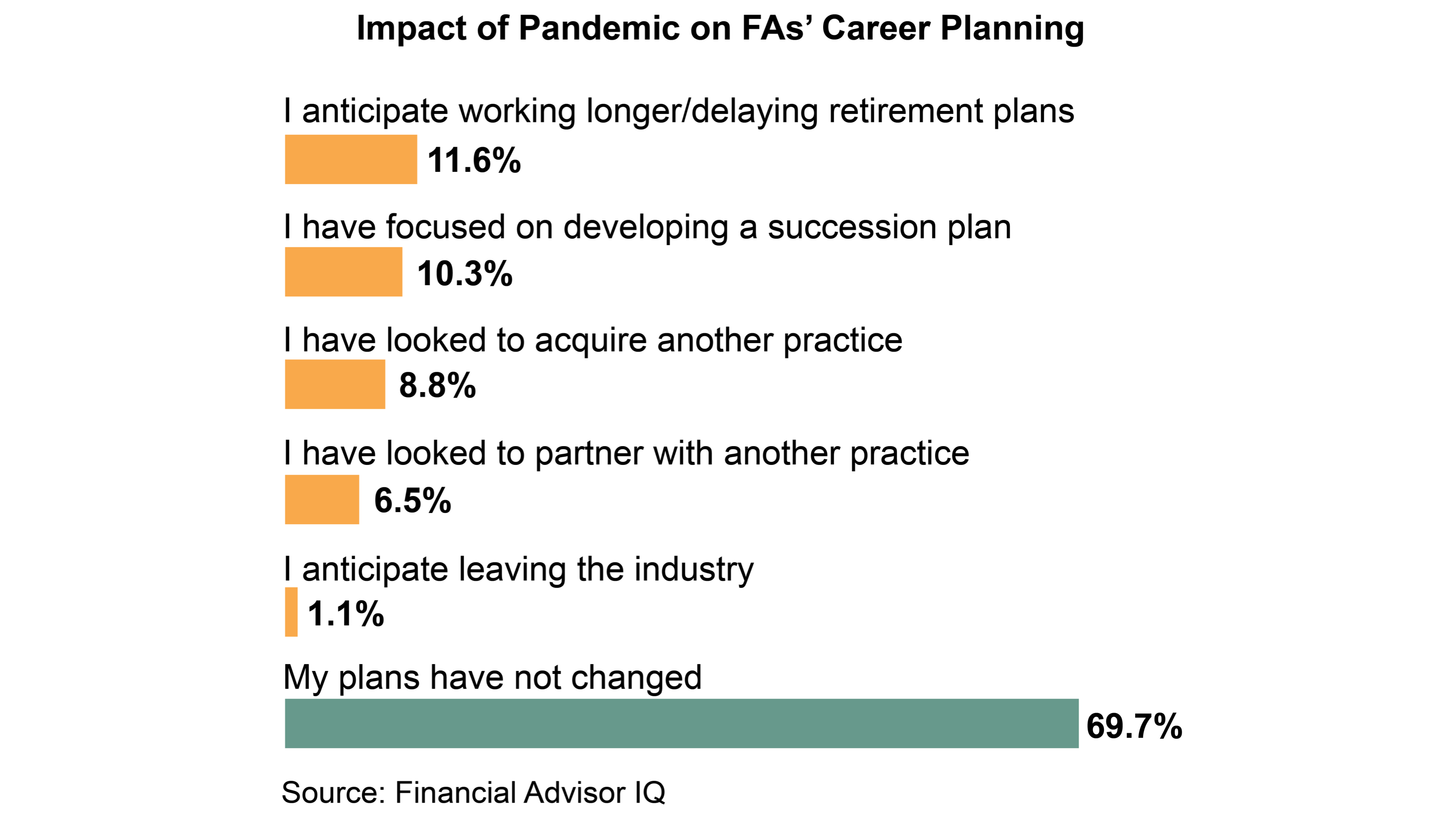 FA-IQ’s findings are from an online survey of 525 advisors conducted by FA-IQ from July 13 to July 16. 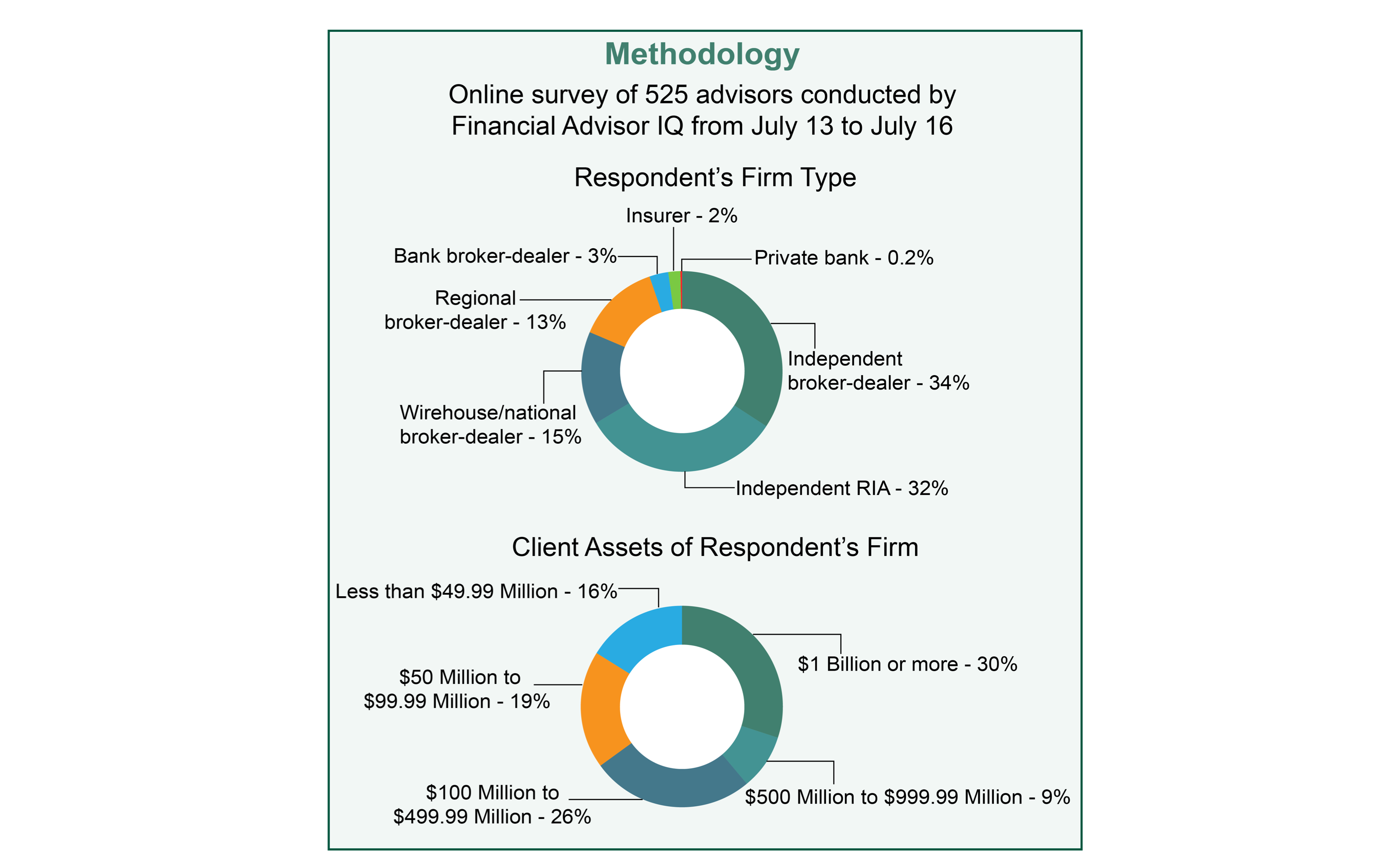 The survey came at a time when advisory firms’ confidence over future growth appears to have been shaken.

Prior to the national emergency declaration, advisory firms were optimistic about their revenue prospects for 2020 and expected revenue growth of 11.4%, nearly two percentage points higher than their actual revenue growth in the same period last year, according to TD’s survey findings.

The sudden shutdown of the U.S. economy and volatile security markets challenged advisory firms in a way not seen since the Great Recession a decade ago, according to TD.