Raymond James Financial has a Zen approach to training financial advisors that attracts individuals who, while only in their twenties, can generate $50,000 in annual production by their second year, according to the company.

Merriam-Webster defines Zen as “a state of calm attentiveness in which one’s actions are guided by intuition rather than by conscious effort.” According to Raymond James’ training materials, their Zen approach means that from the beginning of their relationship with prospects and clients, advisors work to establish mutual trust, actively listen, and seek to co-create financial and investment plans.

The Zen approach to training has been in place since 2014. The approach has worked for twenty-somethings because it dovetails with that demographic’s tendency to reject cold-calling sales tactics that historically were required for a broker or FA to build a book of business, according to the company.

But David Patchen, who designs the FA training program in his role as senior vice president for education and practice at the Raymond James Private Client Group, says the Zen approach also works for baby boomers and Generation Xers who no longer want to be perceived as salespeople.

This year, 220 trainees are participating in Raymond James’ training program, down from 295 in 2019, the company says. All advisor training at the firm now incorporates Zen philosophy elements, Patchen says. 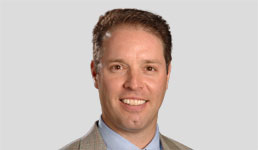 David Patchen
“When you hear the word Zen, what comes to mind?” Patchen says he often asks trainees.

The trainees’ answers — peace, meditation, relaxation and Buddhism — are not terms that initially trigger thoughts of “sales and selling,” he says.

What Raymond James is aiming for is “a Zen-relaxed, focused, intense at times, one-on-one connective environment” rather than a “salesy one,” Patchen says.

Much of the training curriculum Patchen has developed consists of teaching FAs how to ask prospects and clients questions and then how to listen well. The quiet but interrogatory approach is aimed at helping FAs identify the information deficiencies of prospects and clients and where they need financial planning, according to Patchen and FAs who have undergone the training.

With this approach, FAs may ultimately lead conversations, but instead of the FAs having to sell themselves or their services, the prospects initiate requests for advice, Patchen and the FAs add.

Raymond James says it has been able to retain 66% of advisors three years after they were trained. The company did not provide the trainee retention rate prior to its introduction of the Zen approach six years ago.

The company also did not provide the retention rate after five years, when the firm stops paying advisors a salary and bases their compensation entirely on each FA’s production. A Cerulli Associates report published in February predicted that about 50% to 75% of the 19,384 FA trainees who entered the industry in 2019 will fail within their first five years in the business.

Raymond James says its training program is 24 months long. The company says it pays trainees a salary — typically $50,000 to $100,000 a year, for five years — with the understanding that an FA’s annual production goal for year two is $50,000.

The company has "performance improvement plans for those who don’t meet their goals," according to Matt Ransom, vice president of new advisor development.

Each year, the salary portion of an FA trainees’ compensation shrinks as the production-based pay increases, the company says, without revealing the exact formula. But their "earnings potential is unlimited because it is a salary plus performance model, so salary in addition to their earned fees and commissions," Ransom says.

Historically, about 50% of the Raymond James trainees are tied to teams of advisors, and 50% are standalone. The success rate for team-tied trainees is slightly higher than their standalone cohorts, according to Patchen, who didn’t elaborate on the success rates.

Jayme Szafranski is a standalone FA who began Raymond James’ training program six years ago when he was 22 years old. Patchen had only just begun to roll out his Zen training at the time.

Szafranski says his first few months, prior to getting on board the Zen training, “were brutal.” He says he now has a standalone practice with $75 million in client assets, built entirely from scratch.

Prior to joining Raymond James as a registered representative in 2014, Szafranski had interned for an LPL Financial affiliated advisor and for a Merrill Lynch team, where he says he had watched FA trainees “fizzle out.”

When he started to learn Patchen’s Zen philosophy, “it was immediate relief,” Szafranski says.

“I wanted to be a consultant and a financial planner and not a salesman. I feel like that is one of the reasons I did not wash out in this business, because I’m in the mindset of not being a car salesman,” he adds.