Smaller RIAs entered 2020 from a position of strength, and a continued focus on net organic growth has helped them deal with the impact of volatile markets, according to a recent report from Charles Schwab.

Schwab says the smaller RIAs — classified as those with up to $100 million in client assets — reported “robust” five-year compound annual growth rates. Their CAGR from 2015 to 2019 was 7.7% for revenues and client assets, and 4.6% for number of clients.

The five-year revenue CAGR of the smaller RIAs matched that of the biggest RIA group in the report, classified by Schwab as those with $1 billion to $2.5 billion in client assets.

The rate is only slightly lower than the 7.8% five-year revenue CAGR of the $250 million to $500 million RIA group.

And the rate is higher than the 6.1% to 6.9% range reported by other RIA groups in the above $100 million to below $1 billion client asset range.

Meanwhile, client attrition remained low at 2.5% in 2019 for the smaller RIAs compared to 3.5% for firms with more than $250 million in client assets.

The findings are from Schwab’s 2020 RIA Benchmarking Study, which is based on self-reported data collected in January to April from 1,010 advisory firms. Those firms have $1.1 trillion in assets custodied at Schwab Advisor Services. Schwab didn’t disclose how many of the firms surveyed had up to $100 million in client assets. 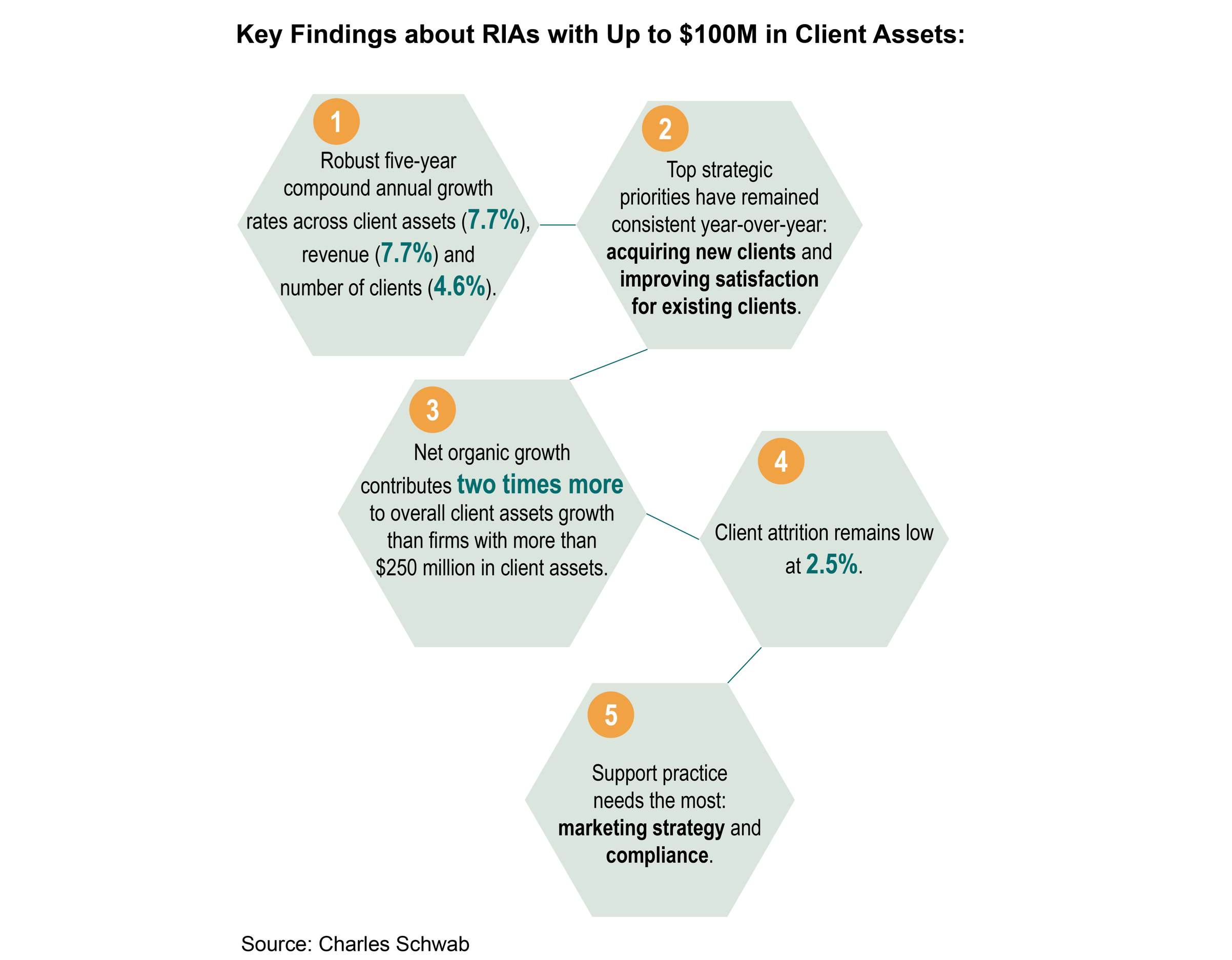 For smaller RIAs, acquiring new clients and improving satisfaction for existing clients continue to be the top strategic priorities, according to Schwab.

Meanwhile, the digital channel is emerging as a key strategic focus for smaller RIAs in their efforts to attract new clients — rising in their ranking of importance to #6 in 2020 from #10 last year. 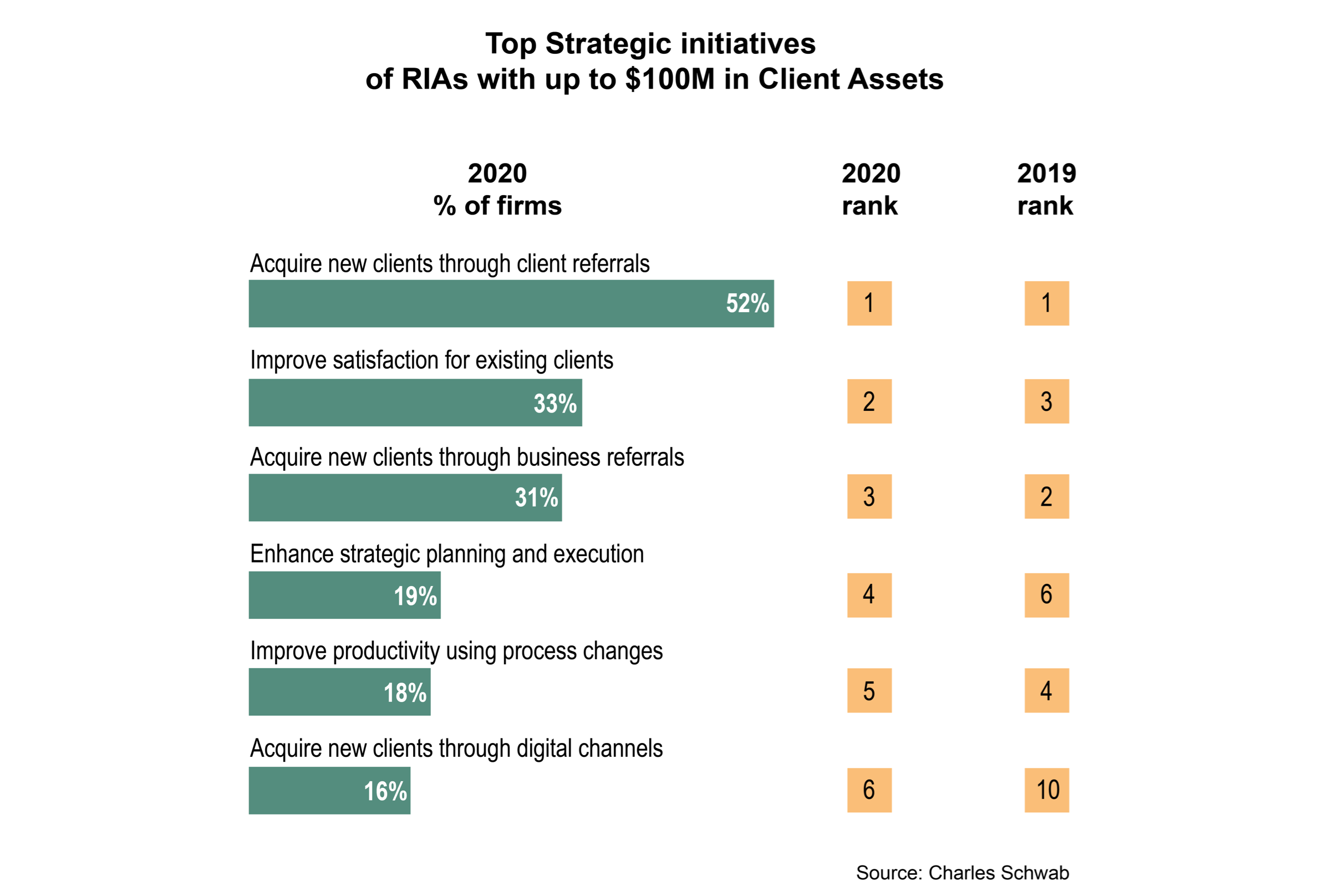 In a recent report, TD Ameritrade Institutional noted that social media tools and electronic communications are more important than ever for staying present in the lives of clients and prospects.

“If you were skeptical about the use of social media prior to the pandemic, dramatic changes in the way we all interact warrant greater consideration of social channels,” according to the TD report.

That TD report was based on a survey of 345 advisory firms conducted from February to April. The survey respondents have been in business for at least 12 months and generate a minimum of $100,000 in annual gross revenue and serve individuals or households as primary clients.

In adjusting to the digital reality, smaller advisory firms are trying to catch up with firms with bigger scales, based on the Schwab report. 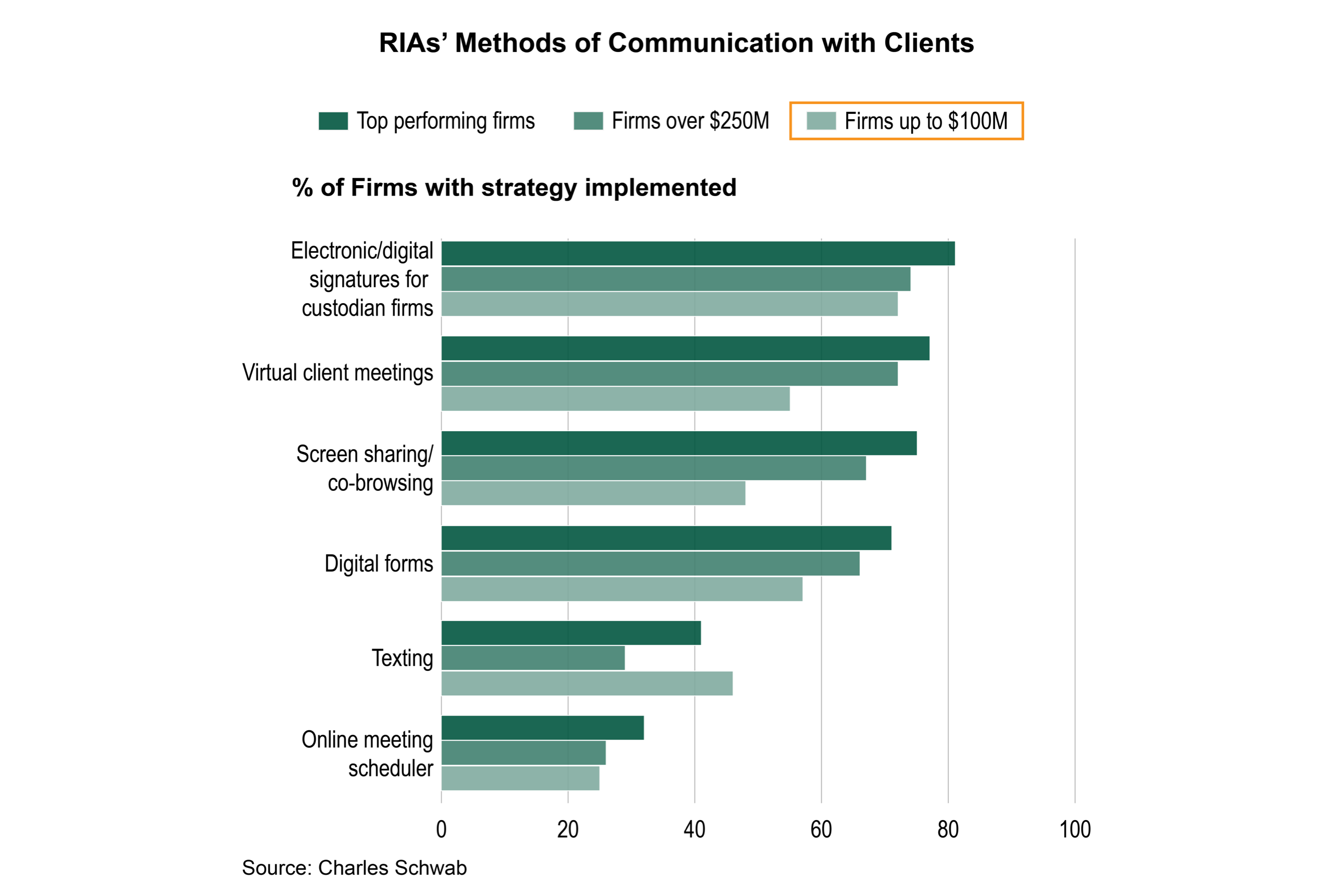 To better compete in the market, an increasing number of smaller RIAs are offering value-added services, according to Schwab. 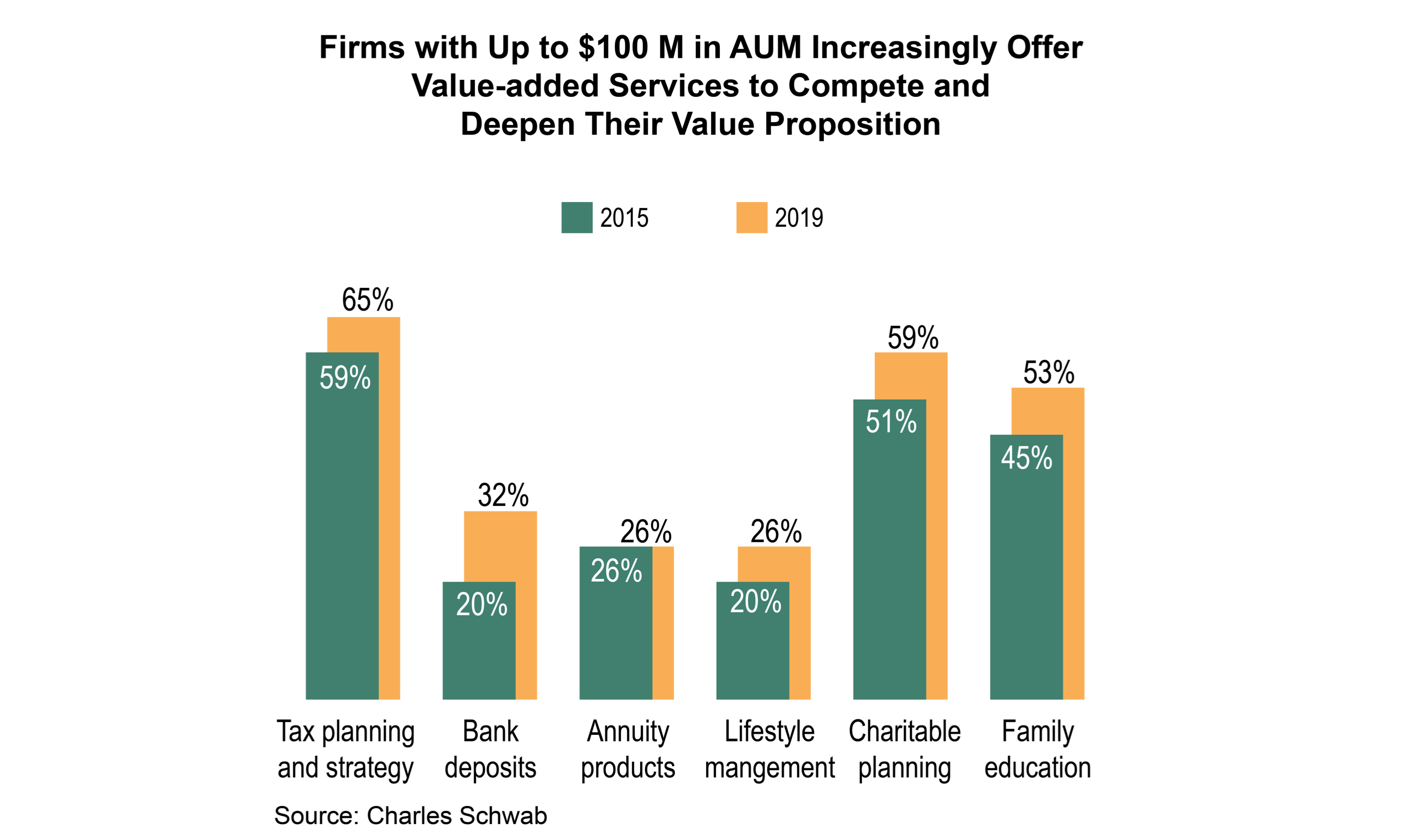 Roughly one-third of RIAs surveyed by RetireOne said they would not consider recommending an annuity if asked by a client.

Survey respondents who said they would not recommend an annuity cited cost, lack of liquidity and complexity as the main causes of their misgivings, according to RetireOne, a platform for fee-based insurance products. RetireOne and Jackson National Life Insurance Co. surveyed 101 financial professionals who identified themselves as an advisor, a dually registered advisor and broker, a turnkey asset management platform advisor or a third-party investment advisor.