Annuity Sales Poised for Most Growth Among IBDs: Survey

Insurers believe the independent broker-dealer channel is the most likely to see growing annuity sales in the next few years, a recent survey finds.

Ninety-three percent of insurers expect IBDs and agents will grow variable annuity sales in the next three years, and half expect the growth rate will be 10% or higher, according to a survey by Cerulli Associates and the Insured Retirement Institute.

The survey was conducted in the third quarter among 28 insurers, which represent about 90% of the total sales in the U.S. The results are published in Cerulli’s report, "U.S. Annuity Markets 2020: A Decade of Adaptation."

IBDs and agents are expected to see the most growth in annuity sales as “advisors in those channels are most open to new ideas, which will be needed because current conditions warrant changes to the status quo,” Cerulli says.

Only 43% of the respondents think variable annuity sales by wirehouse advisors will increase, as they “are perhaps the least likely to ‘think outside the box’ and tend to stick with the solutions they have grown accustomed to over the years,” the report notes. 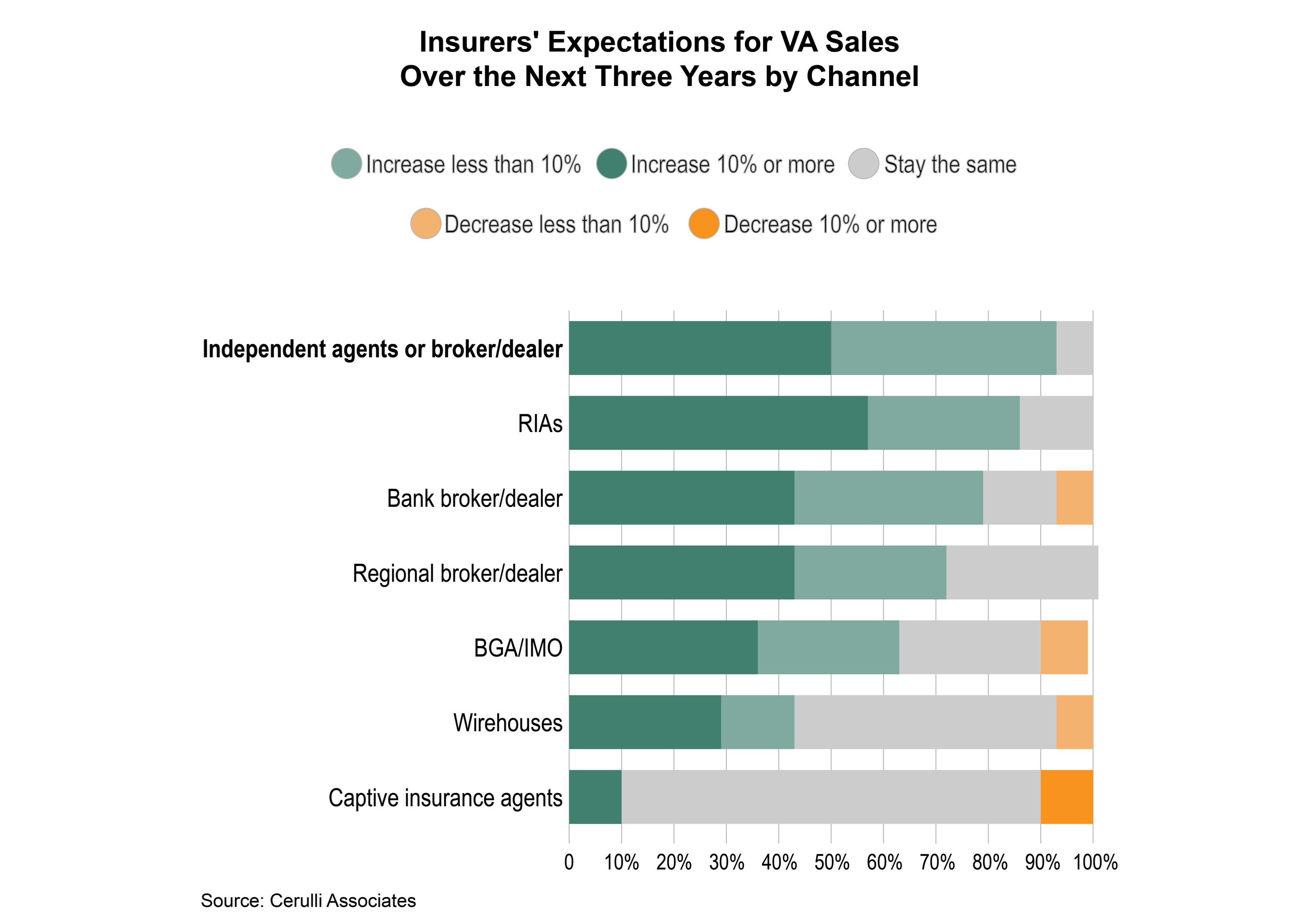 In terms of fixed-indexed annuity sales, independent agents and IBDs are also expected to see the most growth. About 83% of insurers surveyed think at least some growth will come from those channels, according to the report.

While 66% of insurers expect RIAs will help them grow fixed-indexed annuity sales, Cerulli cautions against raising expectations too high.

“The harsh reality is that the true independent RIA channel has almost universally ignored more transparent, SEC-registered VAs designed specifically for them,” the report notes. “As a result, Cerulli is unconvinced that they will suddenly embrace FIAs anytime soon,” the report says. 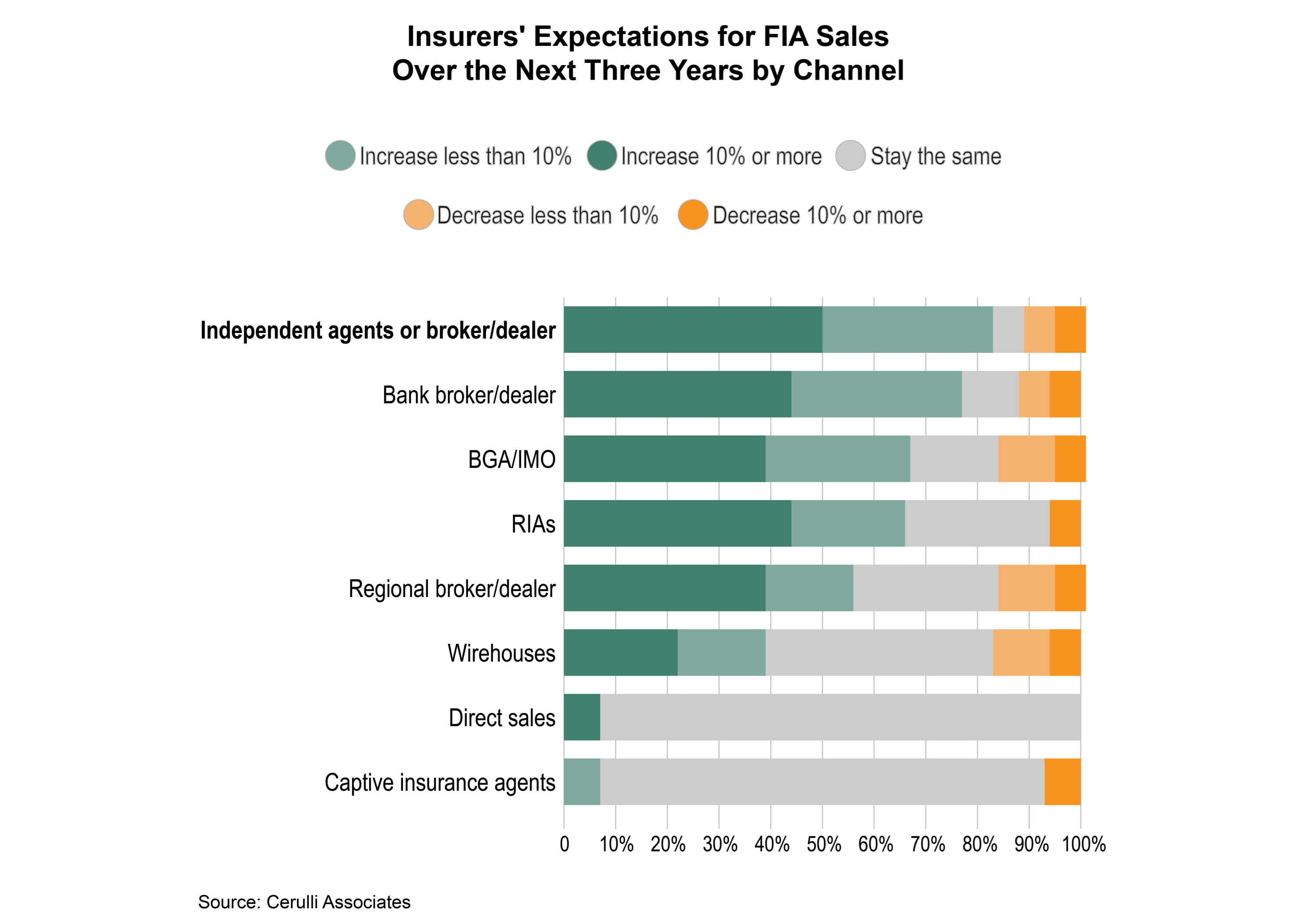