When the results of the 2020 presidential election became clear, about 35% of financial advisors surveyed by Financial Advisor IQ received more phone calls from their clients who wanted to discuss financial planning.

More than 56% of the 231 advisors surveyed by FA-IQ in December say their clients were asking about tax positioning after Democratic candidate Joe Biden won the election.

About 55% of the respondents say their clients asked about retirement planning, while 55% also asked about specific investment ideas or tactical changes.

FA-IQ also asked respondents to select the topics they believe they are more concerned about than their clients.

More than 100, or 44%, of the respondents cited “tax positioning” as their top concern, indicating that while they have been getting queries on this topic, they believe their clients should be paying more attention to it.

Even before the U.S. presidential election in November, advisors had been worried that a Biden win would undo a variety of lucrative tax loopholes wealthy Americans have long relied on.

One major area for concern among advisors is that Biden has taken aim at the “stepped-up basis” rule, which helps wealthy families by eliminating taxable gains on inherited property, according to Bloomberg. Biden also wants to raise the top rate on taxes collected from stock sales from 23.8% — which includes 20% on capital gains and a 3.8% charge put in place by the 2010 Affordable Care Act — to 39.6%, according to the publication.

Heading into 2021, the majority, or 73%, of the advisors surveyed by FA-IQ were optimistic about the U.S. stock market. The S&P 500 gained more than 16% in 2020, a strong return after a year of volatile trading, according to data from Yahoo Finance. 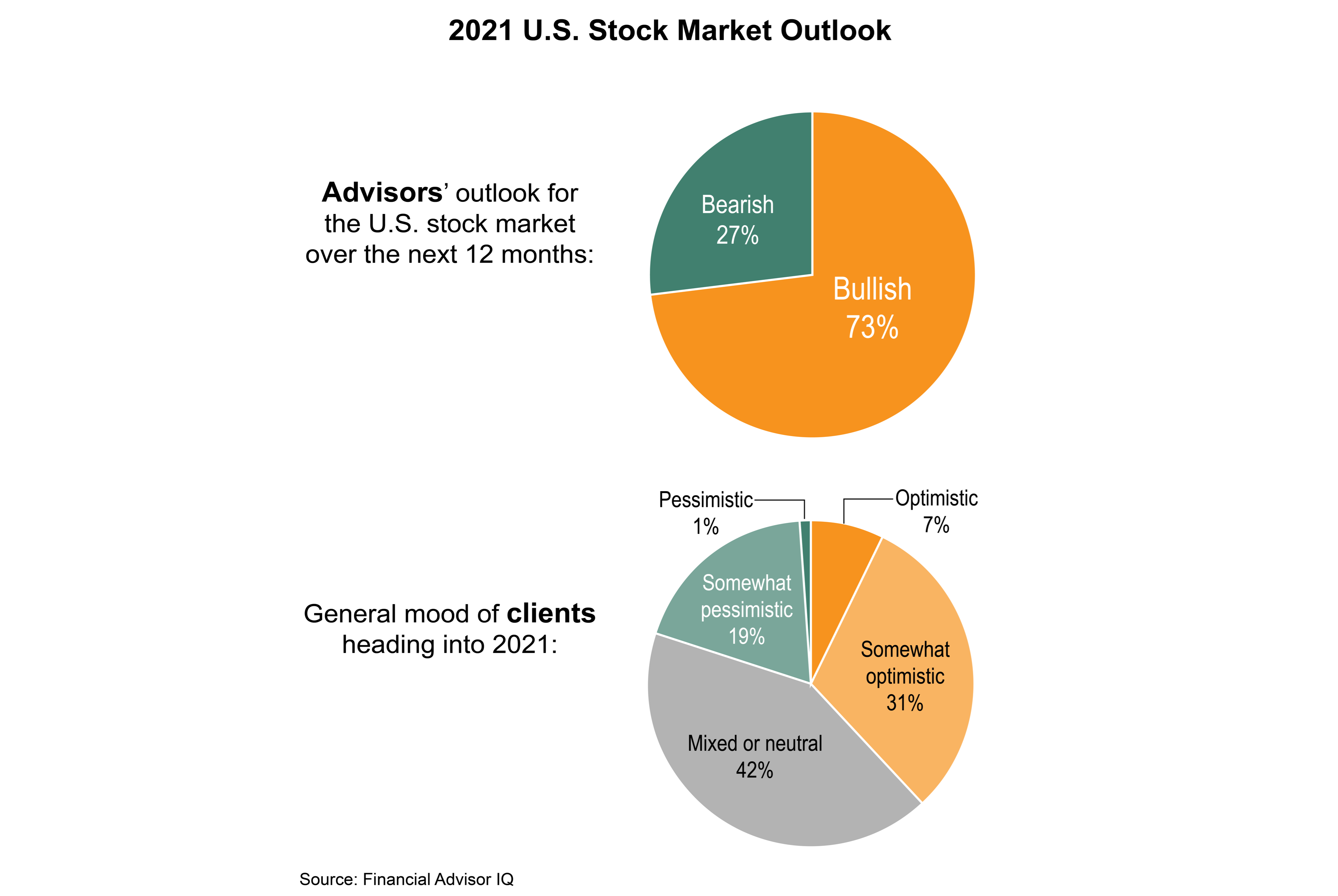 The FA-IQ survey also found that most of the advisors surveyed (74%) don’t expect major changes in the structure or nature of their practice in the next 12 months. Most (68%) say their long-term plans — such as hiring, mergers or succession — haven’t been affected by the events in 2020.

However, one area in which many of the advisors surveyed do expect changes is the way they communicate with their clients, the survey shows.

Nearly 66% of respondents expect they will call clients more often to check in compared to one year before. Over half, or 51%, say they will hold more video meetings than in 2019. Other changes include pushing more content via email or website, as well as fielding more incoming calls from their clients.

The findings are from an online survey of 231 advisors conducted by FA-IQ from December 7 to 10. Biden was sworn into office yesterday.