Advisors keen to partner up, focus on financial planning and rely on digital tools are “just flat out growing faster than others,” according to Morgan Stanley’s head of field management.

“There’s no question that teams are actually getting even larger,” Vincent Lumia told attendees of the Securities Industry and Financial Markets Association’s Private Client Virtual Conference on Thursday.

“The days of a two-person team with an assistant or two are very much in the rearview mirror,” he said.

Successful advisors at the wirehouse belong to a bigger team, have a practice that’s financial planning-based, and use an easy-to-scale and repeatable investment process, according to Lumia.

They also tend to be “quicker to partner” with other “specialized" advisors, Lumia said, when client opportunities require skills that are not a part of their own core strengths. More and more, they are willing to partner with advisors across different geographies, he noted.

“The demands are just so great on our advisors today. And it’s really, really difficult to do it on your own,” said Lumia, who is responsible for helping grow the practices of roughly 16,000 advisors across 600 branches at Morgan Stanley. 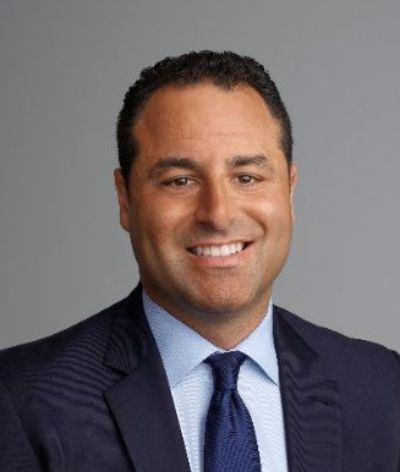 Vincent Lumia
Being part of bigger teams helps advisors better position themselves for client and asset growth, he said. “Without capacity and scale, teams will spend their time doing administrative things, much of which is of much less value to the client.”

Having a diverse team in terms of race, age, and gender is “vital” as well, Lumia said. “I think everybody understands the business case for diversity now, more than ever, is clear.”

Increasingly, the most successful teams also have a business manager or even a chief operating officer — “someone who’s actually running the day-to-day of the practice, so that the senior advisors are exclusively focused on connecting with clients and prospects.”

There’s pressure for advisors to adopt these strategies and to produce even more. In December, Morgan Stanley more than doubled the client asset minimum to $5 million and introduced new metrics for FA team members to qualify for the top-producer payouts.

To qualify, by July, teams must meet one of three targets: demonstrate a gain in net new assets during the previous 12 months; successfully sign up 10% of their clients for a financial plan; or have three-quarters of their clients using Morgan Stanley’s online portal and tools.

Lumia said smaller teams are still “trying to figure out how they could fill out their own dynamic” without the scale and infrastructure of the bigger teams.

Lumia, like other industry leaders, said the acceleration of the adoption of technology — by both advisors and clients — over the past year has helped boost FA productivity.

“We probably saw 10 years of adoption just over the last 12 months, and clients are getting more comfortable being in a virtual world. Advisors have certainly taken advantage of that,” said Lumia, noting his own lack of use of Zoom before the pandemic.

Because of technology, advisors are spending “a lot more time” with their clients and prospects, and “pulling in lots of resources or different specialists around our firm,” Lumia said. These include estate lawyers, planning experts, tax specialists and research analysts.

Lumia predicts that the benefits of technology will result in the dominance of “even larger teams and mega teams” when it comes to top performers.